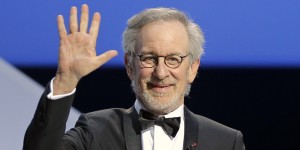 The movie will tell the the true story of Edgardo Mortara – a 6 year old Jewish boy from Bologna who was reported to have been secretly baptized by a maid, and was deemed by the Catholic church therefore to be Christian. Pope Pius IX (to be played by Mark Rylance) decreed that the boy could not remain with his Jewish family. He was seized by the Papal State and taken to the Vatican where his indoctrination into Catholicism began. This was a cause célèbre of mid-nineteenth century European politics and the domestic and international outrage against the pontifical state’s actions may have contributed to its downfall amid the unification of Italy. This is an incredible story of real historical relevance. END_OF_DOCUMENT_TOKEN_TO_BE_REPLACED

Want to be in an upcoming commercial for Disney? If so, here is your chance! Disney Springs Resort is now casting real families to be in their new commercial. The best part is they are open to families from across the United States! While the commercial will be shooting in Orlando, Florida, they are casting for families nationwide. Anyone selected from outside of Orlando will have their flight and hotel covered! Miami Talent Casting is now seeking the following to be in the new Disney commercial. END_OF_DOCUMENT_TOKEN_TO_BE_REPLACED

Have you always wanted to appear on a Nickelodeon TV show? Paradise Run is back for its second season and Nickelodeon is looking for kid teams of two to compete on the series. Mystic Arts Pictures is now accepting submissions for teens who are ages 11 to 14 years old to be on the hit show. They are looking for duos who are fun, intelligent and competitive. They are seeking besties, twins, siblings, cousins, neighbors or just kids who know each other very well and think they have what it takes to win. Paradise Run has contestants team up and throw down for the ultimate grand prize, the ultimate vacation! Each team will be faced with a series of challenges that put their physical, mental and teamwork skills to the test. Who will finish first, and who will watch their tropical dreams sail off into the sunset is the question? END_OF_DOCUMENT_TOKEN_TO_BE_REPLACED

Henry Danger combines the knee-slapping laughs that are the trademark of every high quality Nickelodeon production with the added element of wild action as it tells the story of Henry Hart, a mild-mannered young boy enjoying an ordinary life in the town END_OF_DOCUMENT_TOKEN_TO_BE_REPLACED

The most high-kicking, karate-chopping sitcom on TV today is on it’s way back with a ton of brand new episodes. Nickelodeon fan favorite Supah Ninjas is back for an all new season of hilarious adventures.

Supah Ninjas tells the story of Mike Fukanaga who is given a letter after the death of his grandfather telling him that he is a descendant of a long line of ninjas. Mike learns to accept and develop his talents with the help of a hologram version of his grandfather that he calls Hologramps. Soon, along with his best friends Amanda and Owen, END_OF_DOCUMENT_TOKEN_TO_BE_REPLACED

Lucas Cruikshank, the Youtube sensation that has entertained millions of fans with his original character Fred Figglehorn is now a full on television star with his hit Nickelodeon series Fred:The Show.

Fred had small beginnings as Lucas and his two cousins Katie and Jon decided to start making videos staring the character of Fred Figglehorn, a 6 year old boy with anger management and family issues. The clips proved incredibly popular on Youtube and more videos followed. Fred Figglehorn has now officially become a true phenomenon and Nickelodeon has jumped on board the Fred business. Following two films and guest appearances on several television shows Lucas Cruishank has now come full circle with his hilarious character in Fred:The Show. Early episodes have proved so popular END_OF_DOCUMENT_TOKEN_TO_BE_REPLACED