All performers, including Disney Character Look-alikes, will also perform in meet-and-greets as fully costumed Disney Characters in our Parks and Resorts. This includes wearing large body costumes, heads, and feet, and exposure to hot and humid weather. END_OF_DOCUMENT_TOKEN_TO_BE_REPLACED

Want to sail the seas and perform for Disney? Disney Cruise Line contracts Animated Character performers who move well to bring to life some of the exciting characters from the Star Wars saga. Disney Parks Talent Casting is currently seeking character performers for entertainment events aboard our luxury cruise liner, the Disney Fantasy. Performers appear as fully costumed Star Wars characters in meet and greets, events and production numbers on board the ship. Some performers also appear as Star Wars Character Look-alikes.

Contract opportunities begin in November 2016 and include competitive pay rates, travel, room & board and additional benefits. We strongly encourage performers from all cultural backgrounds to attend. Auditions are being held in Salt Lake City, Utah on Friday, September 2nd, 2016 for Disney Character Performers. END_OF_DOCUMENT_TOKEN_TO_BE_REPLACED

The opportunity of a lifetime is here! Disney is now casting lead roles for their new movie “The Nutcracker and the Four Realms”! Disney is making the famous ballet into a live action film. Disney is now casting for the lead role of Clara. The take on the classic talent will be based on the story ‘The Nutcracker and the Mouse King’ written by E.T.A. Hoffman. The classic story told of a young girl named Clara who receives a nutcracker doll from her godfather on Christmas Eve. When she goes to check on it later that night, the clock strikes midnight, and she finds herself thrust into a fantastical world where she is in the middle of a war between gingerbread soldiers and an army of mice, according to the Hollywood Reporter.

Casting directors for Disney are looking for a female actress between the ages of 13 and 17 years old. Actresses can be any ethnicity and height. END_OF_DOCUMENT_TOKEN_TO_BE_REPLACED

Want to be in an upcoming commercial for Disney? If so, here is your chance! Disney Springs Resort is now casting real families to be in their new commercial. The best part is they are open to families from across the United States! While the commercial will be shooting in Orlando, Florida, they are casting for families nationwide. Anyone selected from outside of Orlando will have their flight and hotel covered! Miami Talent Casting is now seeking the following to be in the new Disney commercial. END_OF_DOCUMENT_TOKEN_TO_BE_REPLACED 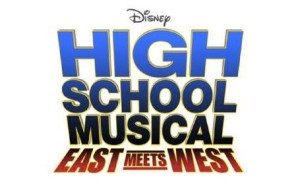 The wait is over! Disney’s High School Musical 4 will begin filming soon and casting directors are holding auditions for teens to be in the upcoming movie! In the last film, High School Musical 3, graduation day was almost here for the high school seniors. Troy, Gabriella, Sharpay, Chad, Ryan and Taylor’s pending graduation and the thought of heading off in separate directions after leaving East High has these Wildcats thinking they need to do something they’ll remember forever. Together with the rest of the Wildcats, they stage a spring musical reflecting their hopes and fears about the future and their unforgettable experiences growing up together. High School Musical 4 will center on a new group of students at East High, as well as their crosstown rivals, the West High Knights. Auditions are now being held for teens to play high school students at one of the schools! END_OF_DOCUMENT_TOKEN_TO_BE_REPLACED